One-fifth of the more than five crore new PMJDY accounts, from November 9, 2016 to November 8, 2017 were opened in Uttar Pradesh. With this, the total accounts under PMJDY has crossed 4 crore in Uttar Pradesh. 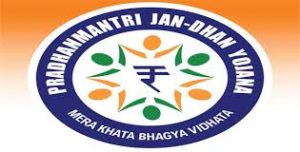 PMJDY is a scheme for comprehensive financial inclusion launched by the Prime Minister of India, Narendra Modi on August 28, 2014.