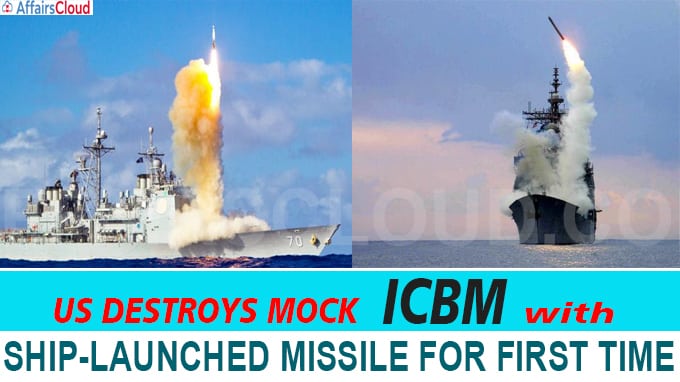 –This whole scenario demonstrated that an Aegis BMD-equipped vessel equipped with the SM-3 Block IIA missile can defeat an ICBM-class target.

–Notably, it was the sixth time that the ship-launched interceptor had been tested against a simulated missile threat. But earlier it was tested to take down intermediate-range ballistic missiles, but this showed a new capability.

–The move comes as the US is facing continuous nuclear and missile threats from North Korea.

The SM-3 Block IIA is an interceptor developed by Raytheon Missiles & Defense in partnership with Japan’s Mitsubishi Heavy Industries as the successor to SM-3 Block 1A to provide extended coverage for defense.