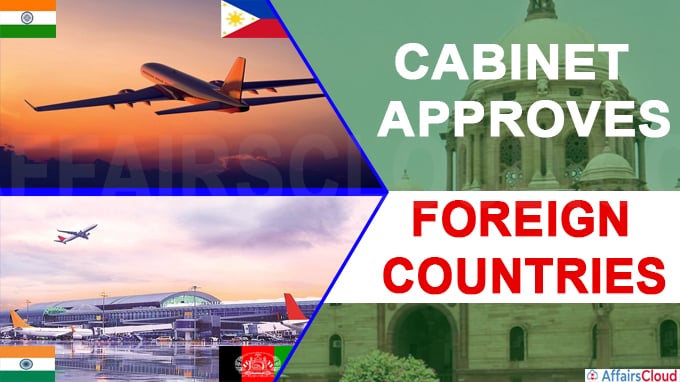 i.The agreement will help in creating an environment for enhanced & seamless connectivity  between the air service carriers of both sides.

ii.Apart from ensuring safety & security, the agreement has the capacity to increase trade, investment, tourism & cultural exchanges with India & both the countries.

iii.The agreement is being seen as an important landmark in civil aviation relations.

i.Due to the Pandemic, all international passenger flights have been suspended in India since March 23, 2020. Only special flights are operating under the Vande Bharat mission under air bubble arrangements.

Air Bubble Agreement – It is an agreement signed between two nations, whereby they can operate special flights between their territories with some restrictions.

ii.ASA has its basis under the Chicago Convention (also known as Convention on International Civil Aviation) which was signed in December 1944.