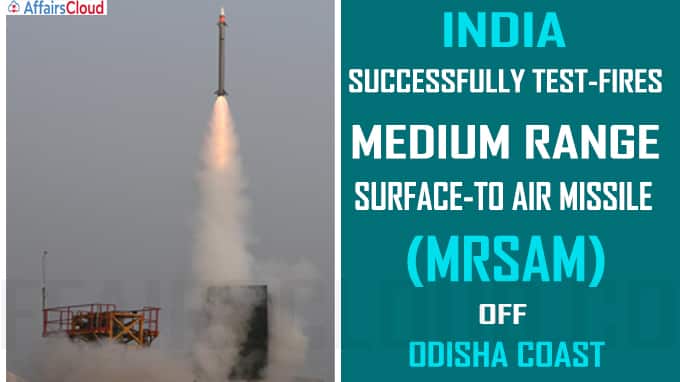 i.MRSAM is a nuclear-capable ballistic missile. It is 4.5 meters long & weighs 276 kgs.

ii.It is capable of carrying payloads of upto 60 Kg.

iii.It has a strike range of 100 kms and speed of Mach 2 (supersonic).

i.On October 3, 2020, DRDO successfully test-fired a new version of nuclear-capable Shaurya missile from the Abdul Kalam Island test range off Dhamra, Odisha to a target in Bay of Bengal.