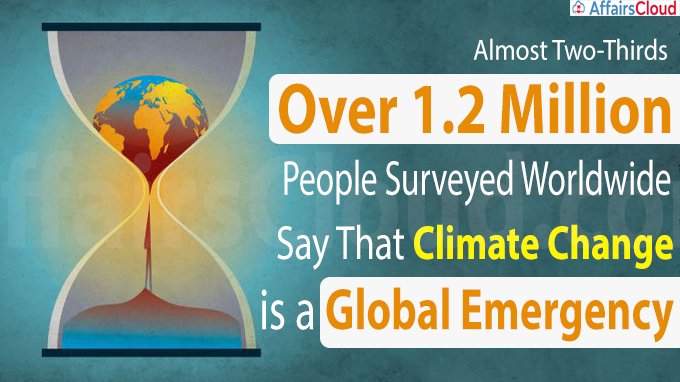 The United Nations Development Programme (UNDP) released the results of ‘People’s Climate Report’ – World’s Largest Survey of Public Opinion on Climate Change. Around 1.2 Million People participated in the survey, out of which two-thirds of people (64%) believe that Climate Change is a Global Emergency.

In India 44% of respondents have voted Conserving Forests & Land as the most effective policy to mitigate Climate Change.

v.The survey also established a correlation between an Individual’s level of education and Desire for climate action.

i.On 19th June 2020, India released its first national report on the state of the climate crisis titled “Assessment of climate change over the Indian region” prepared with the support of the MoES and edited by the scientists of the IITM, Pune.