On February 28, 2020 ,According to the Women and Child Development (WCD) Minister Smriti Zubin Irani, 11 Chairs will be set up in institutes  by UGC (University Grants Commission) across India in the names of women scientists, including eminent anthropologist Iravati Karve. The decision has been taken on ‘National Science Day’ on February 28, 2020. 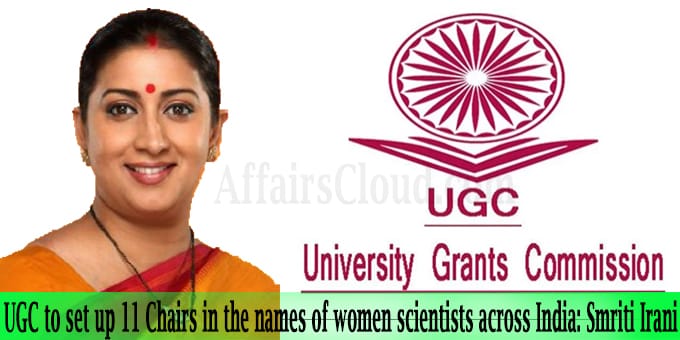 ii.Name of the Chair & the field they associated with:

iii.Each chair will be given Rs 50 lakh each for a year with a total expenditure of Rs 5 crore per annum.