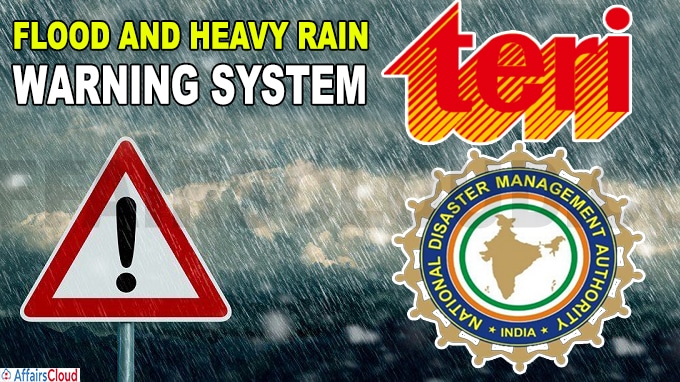 Objective – FEWS tool will alert the local authorities to predict flash floods and heavy rainfall in Guwahati, Assam.It will help the authorities to take timely and appropriate measures during natural disaster.

iii.It is also inbuilt with a drainage system to predict flood at street level accuracy and is capable of predicting flood at three days in advance.

iv.FEWS is also capable of visualizing flood levels and flood hotspots over google maps, which will be critical in

v.The tool uses weather forecasting data from IMD, it simulates the expected rainfall over the city and sends alert to officials, if rainfall or flood level crosses its threshold.

Guwahati will be the third city after Chennai and Mumbai to have a Flood Warning system. The Early Warning Systems at Chennai and Mumbai with three to six hours’ immediate weather updates were developed jointly by institutions of the Union Ministry of Earth Science (MoES), which has plans to set up similar systems in Kolkata and Bengaluru by 2021.

ii.On March 30, 2020 the government set up 11 different empowered groups under Disaster Management Act, 2005 to suggest measures to improve health, restore the economy, after a 21-day lockdown which was imposed for the control of the COVID-19.