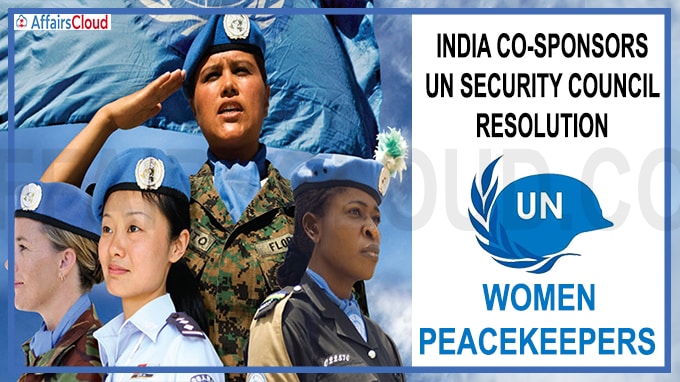 The resolution was tabled by Indonesia has been seconded by India, which is the fifth largest troop contributor to UN peacekeeping operations. The resolution has been passed by a consensus.

ii.The resolution mentions the development of “gender-sensitive working environments for women in peacekeeping operations” and to address any “threats and violence against them”.

Contribution of India in peacekeeping Force:

i.India made history in 2007 by deploying the first all-women Police Unit in the UN mission in Liberia.

i.In June 2020, India was elected non-permanent member of the Security Council for a two-year term beginning on January 1, 2021.

ii.India will serve as President of the powerful 15-nation UN body for the month of August, 2021. It will again preside over the council for a month in 2022.