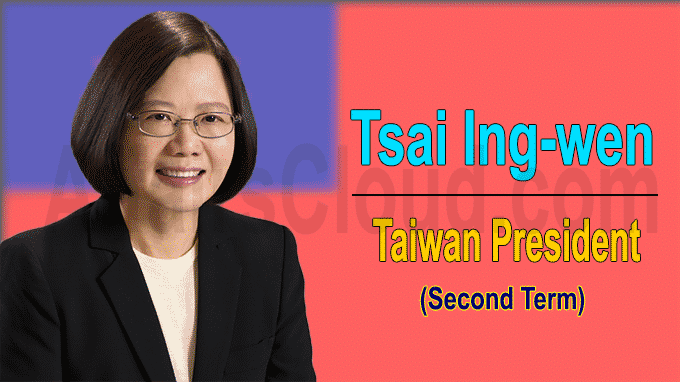 63-years-old Tsai Ing-wen, the current and first female President of Taiwan has been re-elected for a second four-year term of presidency. A representative of Democratic Progressive Party (DPP), took the oath on May 20, 2020.

As overseas guests were not invited due to COVID-19 crisis, there are video messages of 92 foreign dignitaries from 41 countries that were played on the oath taking ceremony. Among them, there were messages from two Members of Parliament (MPs) from India’s ruling Bharatiya Janata Party (BJP) viz.

Apart from video recordings, there was also a virtual ceremony which was attended by Sohang Sen, the acting director general of the India Taipei Association from India.

Since the end of the Chinese civil war in 1949, Taiwan has been entirely self-ruled. However, China claims Taiwan as its province and has campaigned to limit Taiwan’s participation in international bodies under the “One China Principle”, the Republic of China (ROC)