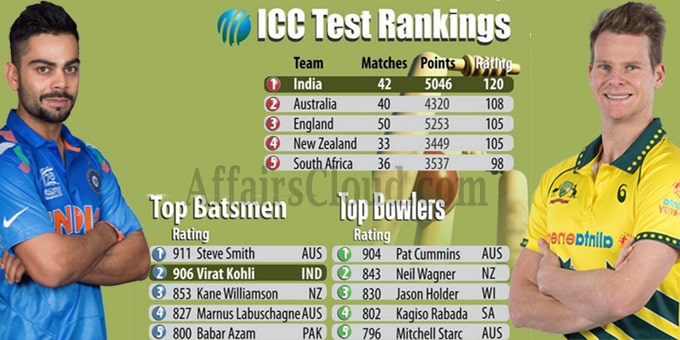 i.Kohli lost the top spot as he managed only 21 runs in the first test against New Zealand by 10 wickets in Wellington.

iii.Test Bowling: Ravichandran Ashwin was the only Indian bowler in the top 10, ranked N0.9 with 765 points.

iv.All-rounder: In the all-rounders list Ravindra Jadeja and Ravichandran Ashwin are at the 3rd and 5th positions respectively.

vi.Steve Smith was back on top of the list for the 8th time after first occupying the top position in June 2015. Kane Williamson of New Zealand was the last batsman apart from Smith & Kohli to be No.1 for an 8 day period in December 2015.