On February 5, 2020, According to a study conducted by the National Productivity Council (NPC),a national level organization to promote productivity culture in India, the impact of Soil Health Card recommendations has led to a decrement of 8 – 10 % in use of chemical fertilizers as well as increased the productivity by 5 – 6%. 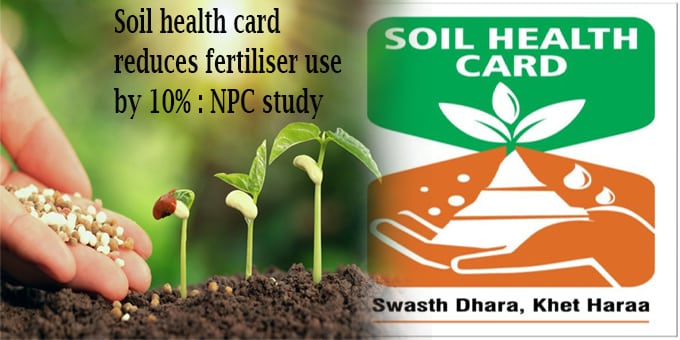 ii.A flagship project ‘Development of Model Villages’ has been launched in the In the current FY20, where sampling & testing of cultivable soil is being promoted in association with farmers.
A Model Village has been picked for aggregation of soil samples & analysis of all agricultural holding.

iv.Unemployed rural & farmers up to the age of 40 years  are eligible to own soil health lab at a cost of Rs 5 lakh with the Centre and State governments funding 75% of the amount.