On February 5, 2020, the Union Cabinet, chaired by the Prime Minister Shri Narendra Modi has given the following approvals: 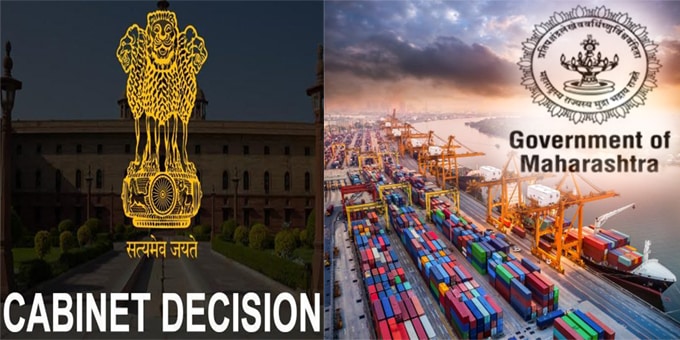 Cabinet gives in-principle approval for setting up a new Major Port at Vadhavan in Maharashtra
The cabinet has given its ‘in-principle’ approval for setting up a Major Port at Vadhavan near Dahanu in Maharashtra at a cost of Rs.65,544.54 crore. The port will be developed on “land lord model”. A Special Purpose Vehicle (SPV) will be formed with Jawaharlal Nehru Port Trust (JNPT) as the lead partner. The SPV will develop the port infrastructure and establish connectivity to the hinterland. The position of JN Port, the biggest container port in India is 28th in the world and with the development of Vadhavan port, India will break into the countries with top 10 container ports in the world. This is country’s 13th major port at Vadhavan in Maharashtra.