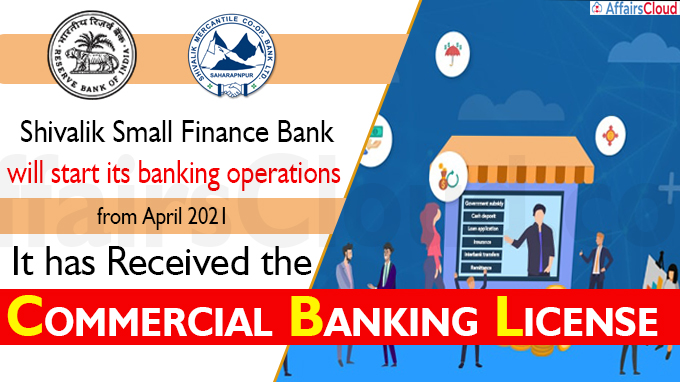 Note– Generally, Banking license is given by RBI under Banking Regulation Act, 1949

ii.It was also given 18 months time to commence business as a Small Finance Bank.

i.SSFB will offer banking services across India and also offer a complete range of retail banking solutions to its customers.

i.It is the 1st and largest multi-state UCB in Uttar Pradesh(UP) and has played an important role in financial inclusion through a technology focussed approach.

ii.It currently operates in UP, Madhya Pradesh, Delhi, and Uttarakhand with 400,000 customers through its 31 branches and over 250 banking agents.

iii.It is live on all the significant payment platforms and also provides a best-in-class digital experience to customers. The major technology platforms of the bank are powered by Infosys Finacle using a cloud native model