On February 21, 2020,The central Government has come up with a 20-20 model according to which top 20 cities will be paired with the bottom 20 cities.
This will help share the knowledge among the cities and provide a chance to the most backward cities for adapting best practices from their partner cities.
Under the smart city mission, 100 selected smart cities have identified 5151 projects worth Rs 2,05,018 crore to be executed. 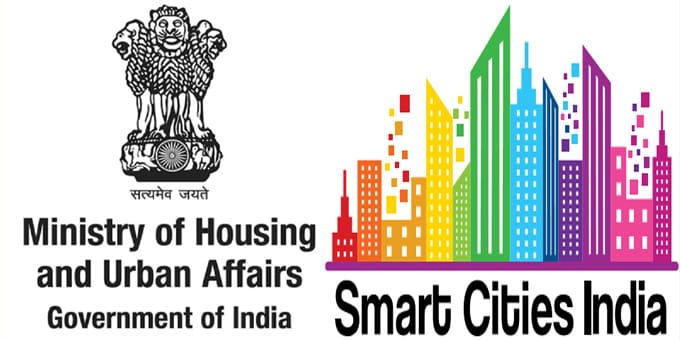 i.In order to implement this mission in successful way, the Union Ministry of Housing and Urban Affairs (MoHUA) has launched a 100-day challenge for the backward cities to enhance their position by June 25,2020 ,the  5th  anniversary of Smart Cities Mission.

ii.Under the Mission, 100 smart cities have been filtered through a competitive process comprised of 4 rounds. About 80 % of the 5,151 projects have been tendered and around 60 % of them have been get finished so far.
Even though some cities worked on the projects in better way and delivered path breaking results, some cities did not perform well.

iii.The cities listed in the bottom line of 20 tendered only just 10 % of the projects. Hence, in a 100-day challenge which the government launched to boost the performance of cities lagging behind, the top 20 smart cities would be helping the bottom ones.

iv.The top 20 smart cities of the country work as “sister city” & tasked to help make the most backward 20 smart cities.The pair of sister cities required to ink an MoU (memorandum of understanding) & this MoU will be valid for a tenure of one year.

v.Pairing: The top ranked Ahmedabad has been paired with Chandigarh which is ranked 81st . Port Blair standing on 96th spot has been given Nagpur, which is rank 2. Similarly,few other cities have been paired such as Tirupur (rank 3) with Silvassa (87), Ranchi (rank 4) with Shimla (92), Bhopal (rank 5) with Aizawl (rank 82), Surat (rank 6) with Saharanpur (91) and more.

About Smart Cities Mission:
It was launched by the Ministry of Housing and Urban affairs in 2015 with the objective to develop 100 smart cities across the country by 2022 making them citizen-friendly and sustainable & also to promote sustainable and inclusive cities that provide core infrastructure and give a decent quality of life to its citizens.