Sikkim has been awarded the cleanest state in the list depend on the condition of sanitation in rural areas of 26 states in which Prime Minister Narendra Modi’s home state Gujarat is ranked 14th and Jharkhand comes last.

The survey carried out last year by National Sample Survey Office (NSSO) under the words of Union Rural Development Minister Narendra Singh Tomar has listed the top 10 as follows, 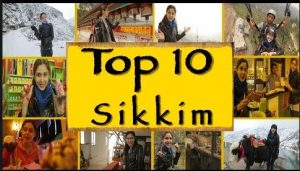 The NSSO conducted the survey in May-June 2015 covering 73,176 households in 3,788 villages across the country. The ranking was given on the basis of the percentage of households having toilets, either household or community toilets.

Sikkim is a landlocked state of India, the last to give up its monarchy and fully integrate into India, in 1975. Located in the Himalayan mountains, the state is bordered by Nepal to the west, China’s Tibet Autonomous Region to the north and east, and Bhutan to the east. The Indian state of West Bengal lies to the south.