On January 17, 2020 Russia has announced to deliver 5 units of S-400 air defence systems to India by 2025 while its production has already begun. The announcement was made by Russian Deputy Chief of Mission Roman Babushkin. India and Russia signed a deal of $5.43 billion for the procurement of these S-400 systems during the 19th edition of India-Russia Annual Bilateral Summit held in New Delhi in 2018. 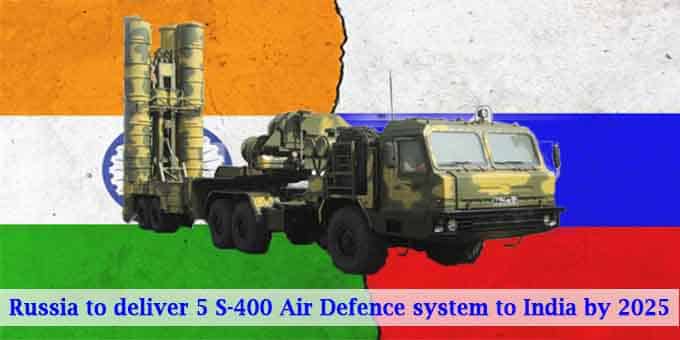 RIC meet:
It was also announced that the Union Minister of External Affairs(MEA) Shri Subrahmanyam Jaishankar, will visit Russia on March 22&23 to attend the Russia-Indian-China(RIC) trilateral Foreign Ministers’ Meeting to be held in Vladivostok, Russia

S-400 and other defence announcements by Russia:

i.S-400: It is an upgraded version of the S-300 missiles that were previously available only to the Russian defence forces.

ii.Other announcements: Indian Armed forces will receive the 1st batch of 5,000 Kalashnikov rifles in 2020 itself.