On January 29, 2020, As per the United Nations Development Programme (UNDP) India, India’s youngest state Telangana has emergered as Number 1 state in the ‘Decent work and economic growth’ category with the score of 82 on Sustainable Development Goals (SDG) India index in 2019. However, in overall Telangana ranked 3rd after Kerala & Himachal Pradesh. 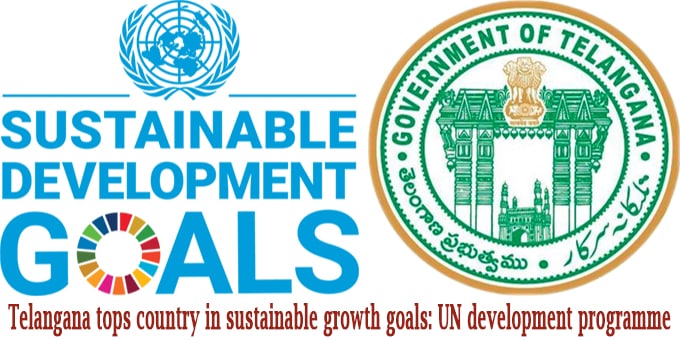 i.Telangana was followed by states of Andhra Pradesh (AP) and Karnataka together with a score of 72.

ii.This ranking is according to UNDP & NITI (National Institution for Transforming India) Aayog statistics, which was released on December 31, 2019.

iii.There are a total of 17 SDG listed & telangana has witnessed a dramatic improvement in many of them in just one year (8 out of 17 SDGs). Telangana also moved from the ‘Performer’ category (50 – 64 points) to ‘Front Runner’ category (65 – 99 points).

iv.Telangana’s improvement:
In terms of Decent work and Economic Growth,Telangana has improved 82 % in the year 2019 while it has improved 75 % in the year 2018.
In the field of Industry, Innovation and Infrastructure Telangana has improved to 61 % from 16 %.
In sustainable cities and communities, it improved to 62 % from 44 %. it also made a huge leap in improvement are Clean Water and Sanitation, moving up from 55 per % to 84 %. In affordable and clean energy, it posted 93 % performance against 63 % earlier.
Also in Peace, Justice and Strong Institutions, it has moved from 66 to 77 in one year. Only the target for No poverty still remains the same with 52 % on both the years. But there is a decrement in literacy and Health sectors.