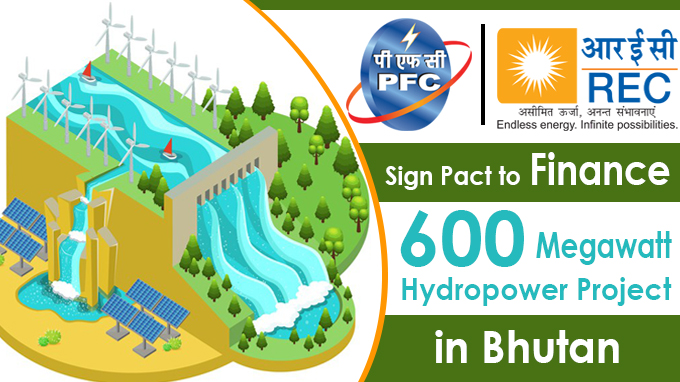 The project is funded to be in a debt-equity ratio of 70:30.Based on the ratio,

i.The project has been executed as per Inter Governmental (IG) Agreement between Government of India and the Royal Government of Bhutan (RGoB) for the development of four joint venture hydroelectric projects including 600 MW Kholongchhu Hydro Electric Project in eastern Bhutan through the Public sector undertakings of both the governments was signed on 22nd April 2014 .

KHEL is a 50:50 joint venture between SJVN India and Druk Green Power Corporation (Bhutan) under the companies Act of Kingdom of Bhutan, 2000 on 12th June 2015 for the development of 600 MW Kholongchhu Hydro Electric Project in eastern Bhutan.

About Power Finance Corporation Ltd
It is a Schedule-A Navratna CPSE, and is a leading Non-Banking Financial Corporation in India under the administrative control of the Ministry of Power.
Established in – 1986
Chairman & Managing Director – Shri Ravinder Singh Dhillon
Headquarters – New Delhi