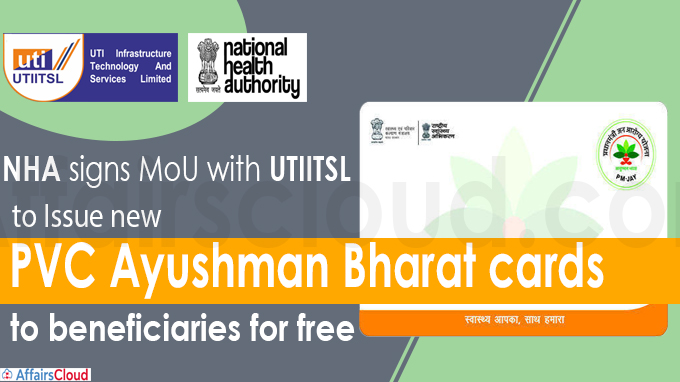 What is PVC Ayushman Card?

Pradhan Mantri Jan Arogya Yojana (PM-JAY) is one of the two components of the Ayushman Bharat flagship scheme of the Government of India. It is the largest health assurance scheme in the world.

Objective of the Scheme:-

About National Health Authority(NHA):-
NHA is the implementing agency of Pradhan Mantri Jan Arogya Yojana (PM-JAY) at the national level. NHA is the successor of the National Health Agency.Also created for the implementation of “National Digital Health Mission”. It functions under the Ministry of Health and Family Welfare. Headed by a CEO who functions as the Member Secretary of the Governing Board.
Chief Executive Officers (CEO)–  Dr. Ram Sewak Sharma
Additional CEO – Dr. Praveen Gedam
Deputy CEO – Vipul Aggarwal
Headquarters – New Delhi