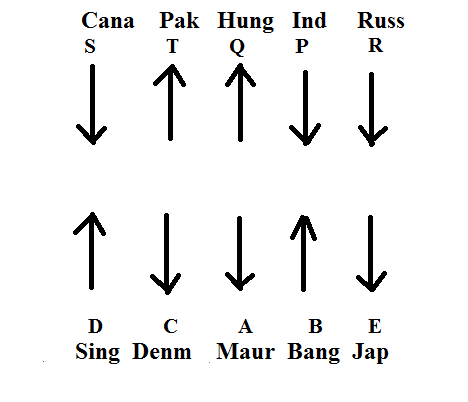 Ten persons – P, Q, R, S, T, U, V, W, X and Y are sitting in two rows with five persons in each row. In Row – 1, the persons are facing south and in Row – 2, the persons are facing north. Each person in row one faces a person from the other row. All of them have a laptop of different companies, viz  HP, Lenovo, Acer, Dell,  Sony, Samsung, TOSHIBA, Apple, Asus and HCL but not necessarily in the same order. 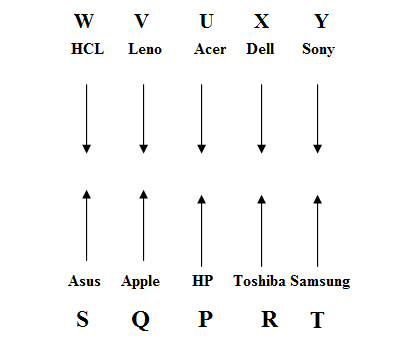