Rear Admiral Sanjay Mahindru who was commissioned on January 1, 1985, and has served 27 years in the Submarine Arm took charge as the Flag Officer Submarines successor to Rear Admiral S V Bokhare as the Navy carried out senior level changes in its ranks. 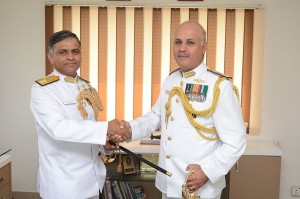