On January 24, 2020, based on the feedback received from the Voluntary Retention Route (VRR) scheme introduced by the Reserve Bank of India(RBI) in 2009, the central bank(RBI) in consultation with the govt. made certain amendments in the scheme to increase its operational flexibility. As per the amendmentsThe investment limit under VRR has now been increased to Rs 1,50,000 crores (1.5lakh crores) from the earlier Rs 75,000 crores 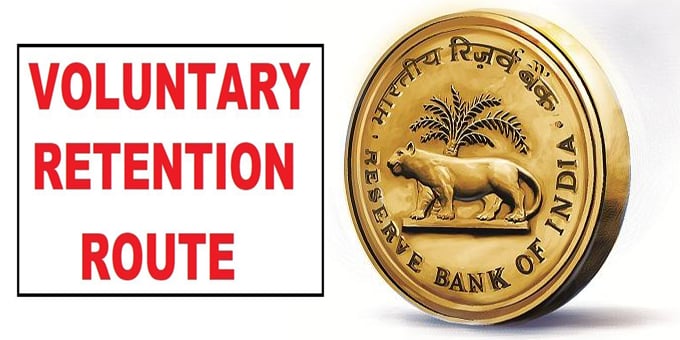 The revised VRR scheme was made open for allotment from January 24, 2020 onwards. The revision made are as follows:

i.Investment limit:  For fresh allotment, the investment limit will be Rs. 90,630 crores and will be allotted under VRR- combined category.

ii.Retention period: The minimum period of retention will be 3 years.

iii.FPI investment: Foreign Portfolio Investors(FPI) may apply for the investment limits through their respective custodians to Clearing Corporation of India Ltd. (CCIL).

i.Short-term investments by an FPI in govt securities & treasury bills can now be up to 30% of total investment from the previous 20%.

ii.Short-term investment limit by an FPI into corporate bonds has also been raised to 30% of total investment of an investor from 20%.

iii.FPI investments in debt instruments issued by asset reconstruction companies(ARC) will be exempt from the short term limits under the corporate insolvency resolution process as per the resolution plan approved by the National Company Law Tribunal(NCLT) under the Insolvency and Bankruptcy Code(IBC).

ii.The scheme is aimed at drawing in foreign investors willing to keep money in India for a minimum period of time.