France to be the guest of honour at 2022 New Delhi World Book Fair
On January 22, 2020 France ambassador to India, Emmanuel Lenain has announced that France will be the guest of honour at New Delhi World Book Fair for the year 2022 (NDWBF 2022) as part of the reciprocal invitation as New Delhi was the guest of honour for 2020 Livre Paris (Paris Book Fair).
2020 Romain Rolland Book Prize:
i.Lenanin along with Leila Slimani, novelist and French President Emmanuel Macron’s Envoy for Francophone Affairs, conferred 2020 Romain Rolland Book Prize  at Jaipur BookMark in Jaipur, Rajasthan.
ii.The Romain Rolland Book prize is given annually to the best translation of a french title into any Indian language inclusive of english.
iii.Prize winners:  1st 3 albums of the Asterix series (comic magazine series) – Asterix and the Golden Sickle, Asterix and the Goths, and Asterix the Gladiator, translated into Hindi by Dipa Chaudhuri and Puneet Gupta, and published by Om Books won the prize.
About France:
Capital- Paris.
Currency- Euro.
President- Emmanuel Jean-Michel Frédéric Macron.
Prime Minister- Édouard Charles Philippe.

RBI increased Investment Limits Under Voluntary Retention Route (VRR) to Rs 1.5lakh crore
On January 24, 2020, based on the feedback received from the Voluntary Retention Route (VRR) scheme introduced by the Reserve Bank of India(RBI) in 2009, the central bank(RBI) in consultation with the govt. made certain amendments in the scheme to increase its operational flexibility.As per the amendments, the investment limit under VRR has now been increased to Rs 1,50,000 crores (1.5lakh crores) from earlier Rs.75,000 crores.
i.Investment limit: For fresh allotment, the investment limit will be Rs. 90,630 crores and will be allotted under VRR- combined category.

ii.Retention period: The minimum period of retention will be 3 years.
iii.VRR was formed on March 01, 2019 for investments by FPI. Initially Rs.75,000 crores were offered for investment in 2 tranches with Rs 54,300 crores already been invested as on December 31, 2019. The scheme aimed at drawing in foreign investors willing to keep money in India for a minimum period of time….Click here to Read More On January 25, 2020, Sneha Pamneja, a well known Graphic designer based in New Delhi, was awarded Oxford Bookstore Book Cover Prize 2020, a 1st of its kind award for brilliance in book design, at Jaipur BookMark of ongoing 13th edition of the Zee Jaipur Literature Festival (JLF) at Diggi Palace Hotel in Jaipur, Rajasthan.
She was honoured for designing the cover of the book ‘Tiffin: Authentic Recipes Celebrating India’s Regional Cuisine’.
Key Points:
i.Pamneja was awarded a trophy and a cash prize of Rs 1 lakh for designing an attractive cover. The award was presented to her by the jury comprising Jurors Dr. Shashi Tharoor, Namita Gokhale and Shobhaa De.
ii.Penned by Sonal Ved & published by Roli books, the  book Tiffin’s cover attracts the theme and essence of the book attractively.
iii.Apart from winning book cover, the jury committee also recognized 3 more designers with special jury awards appreciating their path-breaking contribution in designing the respective book covers.
These included designers Samya Arif & Amit Malhotra for Hijabistan (publisher-HarperCollins), Saurav Das for Hicky’s Bengal Gazette (publisher-Transquebar (Westland) & Gaurav Saini for Line on Fire: Ceasefire violations and India-Pakistan escalation dynamics (publisher-Oxford University Press).
About Oxford Bookstore Book Cover Prize:
The annual prize, now in its 5th edition, was initiated in 2015 to recognise and celebrate the extraordinary work of illustrators,and appreciate the visual values ​​in design.

Journalist & Hindu group chairman N Ram honoured with Kerala’s national media award
On January 23, 2020 popular journalist and Chairman of the Hindu Group of Publications Shri N Ram was honoured by Kerala Media Academy’s National media award as part of its 40th anniversary of formation. He was awarded for his outstanding contribution to journalism. The award carried a cash prize of Rs 1 lakh, a citation and a memento.
Key Points:
i.Award presentation: The award will be presented by the chief minister of Kerala Shri Pinarayi Vijayan by the end of March 2020.
ii.Jury members: The selection was done by a jury which comprised of  former Kerala state Education Minister M A Baby, senior journalist Thomas Jacob, general education department secretary A Shajahan, and others.

English actor Andy Serkis to get BAFTA award for outstanding British contribution to cinema in Feb 2020
Andrew Clement Serkis (55), an English actor and film director, will receive the Outstanding British Contribution to Cinema Award 2020, one of the British Academy’s top honours from British Academy of Film and Television Arts (BAFTA) at the 73rd EE British Academy Film Awards ceremony,scheduled to be held on February 2, 2020 in London, UK (United Kingdom) .
Key Points:
i.Serkis got his credit with the creation of characters such as Gollum in the Lord of the Rings and Hobbit series, Caesar in the Planet of the Apes trilogy, the titular gorilla in 2005’s King Kong.
ii.Outstanding British Contribution to Cinema award is presented annually in honour of Michael Balcon, the British film producer best known for his work with Ealing Studios. Previous recipients are Elizabeth Karlsen and Stephen Woolley, co-founders of Number 9 Films, Ridley and Tony Scott, Film4 Productions,etc.
About BAFTA:
Country– United Kingdom (UK)
First awarded– 29 May 1949

Qualcomm launches 3 new chipsets – Snapdragon 720G, 662 &460 with Indian GPS system NavIC
On January 21, 2020, In a major step to Made in India GPS (Global Positioning System) alternative, Qualcomm, an american multinational chipset manufacturer, has launched 3 chipsets in India – Snapdragon 720G, 662 and 460, along with the Indian Space Research Organization (ISRO). All 3 chipsets feature Wi-Fi 6 connectivity and Bluetooth 5.1 support &the most important thing is that these 3 chipsets of Qualcomm have been developed with support for ISRO’s Navigation with Indian Constellation (NavIC), a technology considered an advanced location positioning and navigation system than the GPS technology currently in use.
Key Points:
i.Apart from NavIC, these chipsets will also support the widely used GNSS (Global Navigation Satellite System).
ii.While Qualcomm’s new chipsets, Chinese smartphone brands Xiaomi and Realme have confirmed that it will soon launch new smartphones with Snapdragon 720G chipset processor.
iii.The navigation feature of ISRO with NavIC with which these chipsets have been launched is considered more accurate than with position accuracy of up to 5 meters. Along with this, NavIC comes with dual frequency S and L band whereas GPS used to come only with S band. The accuracy of the navigator will be 6 times higher in urban areas than with GPS.
iv.NavIC is also engaged in aircraft of the Indian Air Force. At the same time, more than 30 Indian companies are making NavIC trackers for cars.
About NAVIC:
It is also known as the Indian Regional Navigation Satellite System (IRNSS) &is an autonomous regional satellite navigation system built by India to provide accurate real-time positioning and timing services over India and the region extending to 1,500 kilometres around India.
The NAVIC system consists of a constellation of 3 satellites in Geostationary orbit (GEO), 4 satellites in Geosynchronous orbit (GSO) and 2 satellites on the ground as stand-by to give precise information on position, navigation and time (PNT) of objects or persons to users on ground, sea and air.
About Qualcomm:
Founded– 1985
Headquarters– California, United States
CEO– Steve Mollenkopf 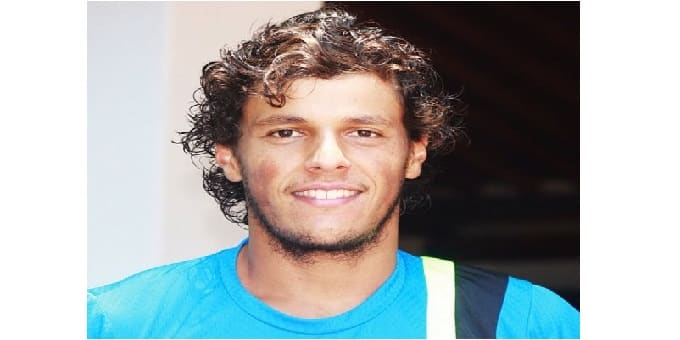 On January 25, 2020,According to the Tennis Integrity Unit (TIU), which is responsible for investigating match fixing in tennis, Joao Olavo Soares de Souza (31), a former Brazilian professional tennis player has been banned for life due to match fixing and corruption. It also fined Souza with $200,000.
Key Points:
i.As per the investigation of TIU, Joao Souza did match fixing in tennis at the ATP(Association of Tennis Professionals) Challenger and ITF (International Tennis Federation ) Futures tournaments in Brazil, Mexico, the United States(US) and Czech Republic between 2015 and 2019.
ii.Souza was temporarily suspended from tennis until the completion of the investigation in March 2019. The case was heard in London on 14 January,2020. After this, his participation and attendance at any official tennis event has been banned.
iii.He currently has a world ranking of 742 & he reached the 69th  position in the year 2015. In 2013, he reached the 70th rank in the doubles category. He also won the International Tennis Tournament of Cortina in 2016 by defeating Laslo Đere.

Eminent artist and sculptor Sher Singh Kukkal dies at 86
On January 25, 2020, Sher Singh Kukkal, an eminent artist & sculptor, has passed away in New Delhi after a brief illness.He was 86.
i.Kukkal, a former art teacher at Sainik School Satara in Maharashtra, has received several awards.
ii.Kukkal, a man of with a rich experience in fine arts, was a resident of Buffa district, now in Pakistan. He worked as an independent artist, painting, making sculptures and also photography.
iii.He received a gold medal in painting from Queens College, Lucknow,Uttar Pradesh (UP) & Rajiv Gandhi Foundation award for his photography and painting.
iv.He was also honored with Senior Fellowship in Visual Art Photography by the Union Ministry of Culture during 2008-09.

26 new Indian English words featured in 10th Oxford dictionary;Aadhaar, hartal among them
On January 24, 2020 the 10th edition of the Oxford Advanced Learner’s Dictionary was launched. In this latest edition 26 new Indian languages words namely Aadhaar, Chawl, dabba, hartal, shaadi were included. Several incorporate words like chatbot, fake news, microplastic & over 1000 new words were included. Out of the 26 Indian language words, 22 are figured in printed dictionary while the remaining 4 words (looter, current, looting and upazila) are in the digital version
Key Points:
i.The new edition having a total of 384 Indian English words, has online support namely the new iSpeaker and iWriter features through Oxford Learner’s Dictionaries website and an app.
ii.Some of the Indian words in the dictionary include auntie (while aunty already figures in the English dictionary, auntie is an Indianism), bus stand, deemed university, FIR (First Information Report), non-veg, redressal, tempo, tube light, veg and videograph.
iii.The dictionary was originally published in Japan in 1942 and was 1st brought out by Oxford University Press(OUP) in 1948.