The Reserve Bank of India had been awarded with the extensible Business Reporting Language (XBRL) International Award for Excellence and its efforts to improve regulatory reporting. 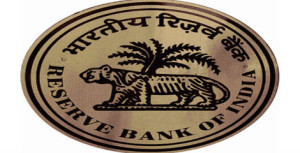