Railway broadband reaches 500,000 households through its Railwire network. In the next two years the network is providing a host of services at the block level. Indian Railways is an Indian state-owned enterprise, owned and operated by the Government of India (GoI) through the Ministry of Railways. 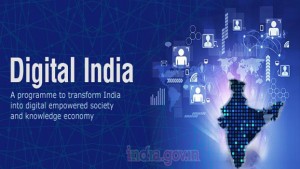 The Broadband Highway will involve a three-layer network

This three-layer network of the Broadband Highway will be joined to the National Optic Fiber Network (NOFN).