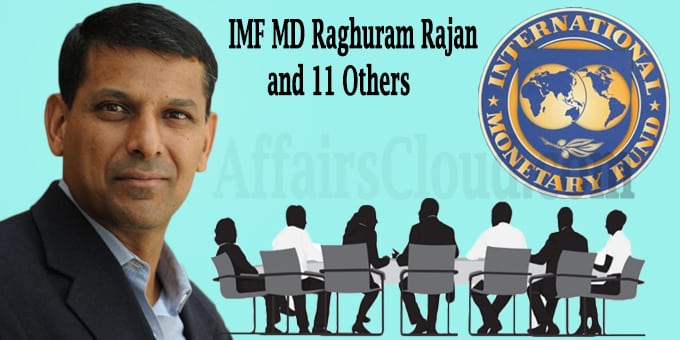 Objective
To provide perspectives from around the world on key developments, policy issues, policy responses to the exceptional challenges the world now faces due to the coronavirus pandemic and its economic impact.

i.The group consists of members who have expertise in high- level  policy, market and with private sector experience which makes the group an exceptional & diverse one and will meet the IMF’s MD, deputy MD & a subset of directors a few times a year

ii.Raghuram Rajan  is currently working as a professor at the University of Chicago & the other group’s members are: