On April 7, 2020 the Centre for Monitoring of Indian Economy (CMIE) released a data which showed that unemployment rate during March 30 – April 5, 2020 rise to 23.4% from 8.7% for the whole of March 2020 which reflects the impact of lockdown due to COVID-19 pandemic breakdown. 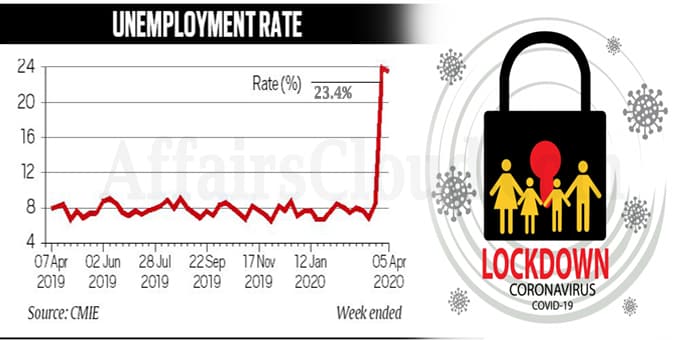 iii.The labour force consists of all employed persons & unemployed who are actively looking for jobs