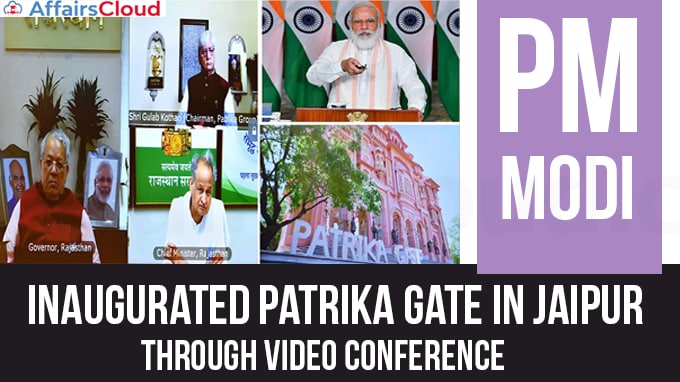 Ashok Gehlot, Chief Minister of Rajasthan and Governor Kalraj Mishra were also present during the inauguration.

i.The Patrika Gate is a memorial that reflects the cultural heritage and architectural style of Rajasthan.

ii.This memorial is an attempt to integrate the art, craft and cultural heritage of Rajasthan in one structure.

iii.The design of the patrika gate incorporates the culture lifestyle and architecture of all the parts of Rajasthan from Sriganganagar to Banswara and from Jaisalmer to Bharatpur

The Patrika gate is the southern gate of Jaipur.

The Patrika Group established the International Award for Excellence in Journalism in 2007 in honour of Karpoor Chandra Kulish, the founder of  Rajasthan Patrika.

The award is presented to recognise the efforts of the team of journalists working in daily newspapers across the globe.