Addressing a function, PM Modi said that Government of India will be celebrating 350th birth anniversary of Guru Gobind Singh and 300th anniversary of martyrdom of Sikh general Baba Banda Singh, everywhere across the world where Indians reside. 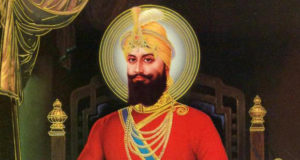 PM modi also addressed a rally during the visit.Since Assembly Elections is to take place next year in Punjab, PM Modi’s visit marked a political and electoral significance for the present ruling party of Punjab that is the Shiromani Akali Dal and the Bharatiya Janata Party (BJP). The alliance has been in power in Punjab since 2007.