Prime Minister Narendra Modi was on a five-day visit to the United States of America (USA) from September 24 to September 29. Here is the overview

SEPTEMBER 24TH – MEETING WITH CEOs OF FORTUNE 500
On the first day of his visit, Prime Minister Narendra Modi met with 47 CEOs of Fortune 500 companies for attracting capital and investments in India. He sketched out his vision for “Start-Up India, Stand-Up India” in meeting.

CEOs expressed their eager interest in the Indian start-up sector and showed willingness to invest in entrepreneurial ventures and innovative start-ups which will provide bull high future prospectus in Indian economy. 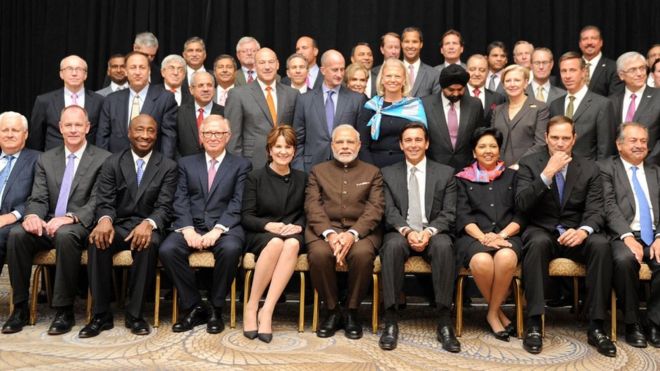 17 Sustainable Development Goals and 169 targets were announced in the summit as an ambition of the new post – 2015 universal agenda to end poverty, hunger, assure gender equality and build a life of dignity for all over the next 15 years.

On 27th September 2015 “Startup Konnect” was held by Nasscom in partnership with TiE Silicon Valley and IIM Ahmedabad’s CIIE India that showcased the strengths of India’s startup ecosystem in San Jose. There he addressed a meeting of some 18,000 Indian Americans in at the SAP Centre and seven MoU was signed between Indian and US entities: 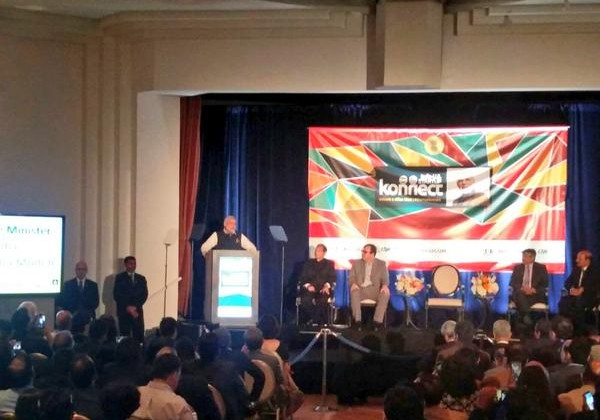 There is also a launch of initiative programme i.e. CIIE /LACI NGIN Landing Pad Programme which will enables entrepreneurs and innovators to gain access to the California and Indian markets. It will assist startup Cleantech companies with market expansion through partnerships and funding opportunities in California and India.

SEPTEMBER 29TH – BACK TO INDIA
Today Modi wrapped up his all engagements by concluding the US visit.

PM Modi to become the mascot for Incredible India