Introduction: Honourable Prime Minister Narendra Modi Inaugurated 10th Civil Services Day and expressed his thoughts on civil servants that they are not only doing a JOB but also a service to the Nation and he added that at energy level, to be an agent of change. 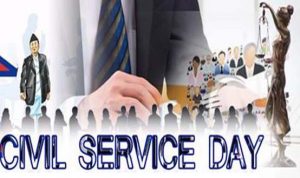 It is an initiative of the government of the state of Delhi in India to promote broad-based civic participation in local governance.

Important Points: He shortlisted 74 success stories for awards this years and urged all districts to be proactive in this regards where only about 10% of Districts represents

Success would be Inspirational to Civil Aspirants.

No. of Districts were awarded: 10

Under the four Priority Programmes

Acknowledge, recognize and reward the extraordinary and innovative work done by officers of the Central and State Governments for the welfare of the Indian Citizens