Rodrigo Duterte, the President of Philippines has won this year’s TIME magazine’s Readers’ Poll of the 100 most influential people in the world. Duterte received 5% of total ‘YES’ votes. He maintained the lead, right from the beginning of the poll. TIME 100 Reader’s Poll closed on April 16, 2017.

Votes received by Other Famous Personalities in TIME 100 Reader’s Poll 2017: 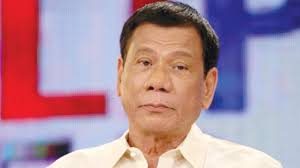 Rodrigo Duterte is the 16th President of Philippines. On assuming charge in June 2016, he started a violent and aggressive anti-drug campaign which has claimed more than 8000 lives so far. Duterte’s high-handed method of dealing with drugs has been criticised by human rights groups and several political leaders.

Donald Trump Named as TIME’s Person of the Year 2016