American Democratic presidential candidate Bernie Sanders won the TIME 100 reader poll with 3 percent of the vote, ahead of Hilary Clinton who was 25th with 1 per cent of the vote.TIME’s editors ultimately choose the TIME 100, which will be announced on April 21. 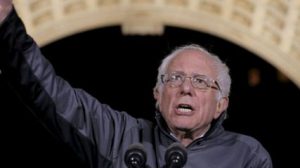 Indian Influence in the Top 100:

Donald Trump Named as TIME’s Person of the Year 2016