Indra Krishnamurthy Nooyi (59) is the sole Indian-born executive in Fortune’s list of 50 most powerful women in business.

She is business executive and the current Chairperson and Chief Executive Officer of PepsiCo, the second largest food and beverage business in the world by net revenue.

Nooyi is ranked 2nd on the list, moving up a notch from her third position last year. 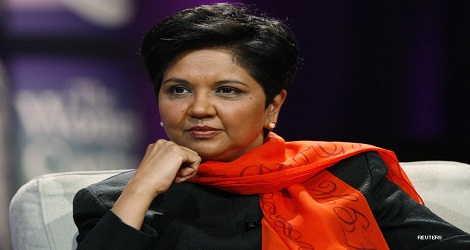 List has been topped by General Motors CEO Mary Barra (53).