On May 31, 2017, US military conducted a successful missile defence test involving a simulated attack by an intercontinental ballistic missile (ICBM).

Details about the test of ICBM Defense system:

US shield against North Korean Missiles:

The test was conducted in order to assess preparedness for countering any threats through ICBMs from North Korea. 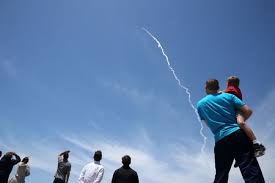 Ground-Based Midcourse Defense(GMD) is the United States’ anti-ballistic missile system for intercepting incoming warheads in its airspace, during the midcourse phase of ballistic trajectory