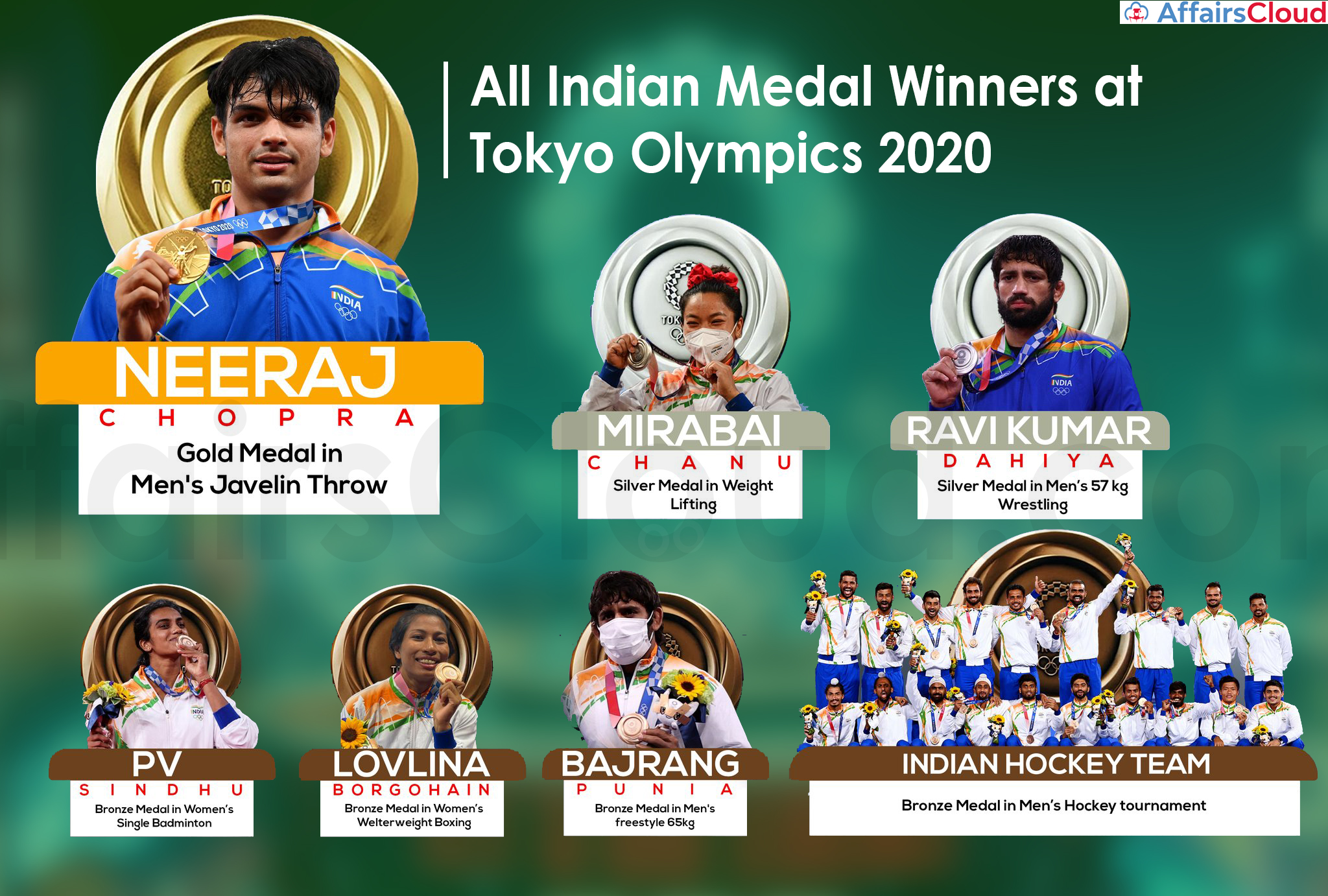 Neeraj Chopra (Haryana) won the Gold medal in Javelin throw event. It is India’s 1st medal in a Track & Field Event. With this win, he ends India’s 100-year wait for a track and field medal in the Olympics.

Lovlina Borgohain (Assam) clinched the Bronze Medal in the Women’s WelterWeight (64-69kg) Boxing Category. She was defeated by Busenaz Surmeneli (Turkey) in the semi-finals.

Other Significant Achievements by Indians

iii.Elaine Thompson-Herah (Jamaica) became the 1st woman to win a ‘Double-Double’ in Olympic track and Field.

Medals by Other Countries

i.Momiji Nishiya (Japan) at 13 years old became the Youngest Gold Medallist in the history of Olympics. She won the Women’s Street Skateboarding event of the 2020 Olympics.

ii.Skateboarding – Yuto Horigome (Japan) clinched the Gold Medal in the 1st ever Skateboarding competition held at the Olympics.