We are here for you to provide the important Recent and Latest Current Affairs 10 August 2021, which have unique updates of Latest Current Affairs 2021 events from all newspapers such as The Hindu, The Economic Times, PIB, Times of India, PTI, Indian Express, Business Standard and all Government official websites. 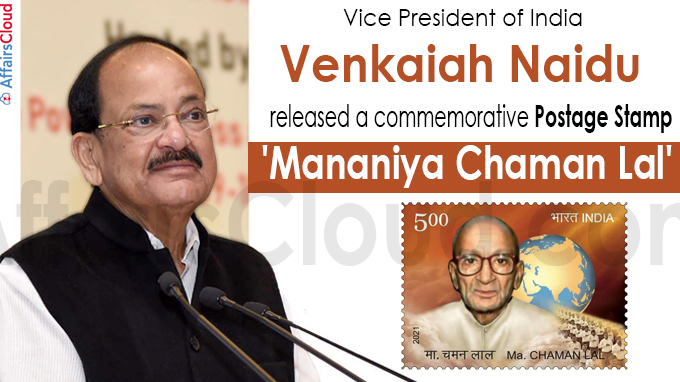 Key Points:
i.A First Day Cover (FDC) and an Information Brochure were also unveiled along with the postage stamp.
ii.Mananiya Chaman Lal: He was born on March 25, 1920, in Sialkot (now Pakistan), he worked for the people’s welfare and created an institutional mechanism for helping the Indians abroad and supported in fulfilling the strategic goals of the foreign policy of India.
About Ministry of Communications:
Union Minister – Ashwini Vaishnaw (Constituency – Odisha)
Minister of State – Devusinh Chauhan (Constituency – Kheda, Gujarat) South Africa became the 1st Country in the World to grant Patent to an Artificial Intelligence (AI) System. It has granted a patent related to an Food Container system based on Fractal Geometry invented by the AI system ‘DABUS’ (Device for Autonomous Bootstrapping of Unified Sentience).

The Intergovernmental Panel on Climate Change’s (IPCC) Sixth Assessment Report (AR6) Climate Change 2021: The Physical Science Basis by the Working Group I was released. It addresses the most up-to-date physical understanding of the climate system, climate science, etc.

CBoI made Co-Lending Partnership with DFL to Offer Gold Loans 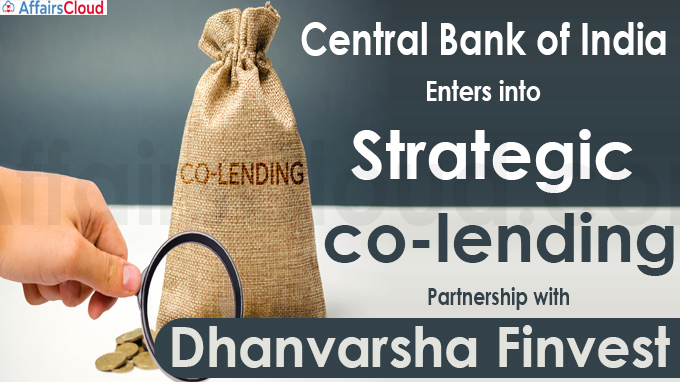 Co-Lending Model(CLM):
i.As per Reserve Bank of India’s (RBI) CLM, banks could co-lend with all registered Non-Banking Financial Companies (NBFCs) including Housing Finance Companies (HFCs) to priority sector borrowers based on a prior agreement.
ii.Shares under CLM: NBFCs were required to retain a minimum of 20 percent share of the individual loans on their books whereas, the Co-lending bank will take the remaining individual loan share (maximum of 80 percent) on a back-to-back basis in their books.
About Central Bank of India (CBoI):
It was the 1st Indian commercial bank that was wholly owned and managed by Indians.
Establishment – 1911
Headquarters – Mumbai, Maharashtra
MD & CEO – M. V. Rao 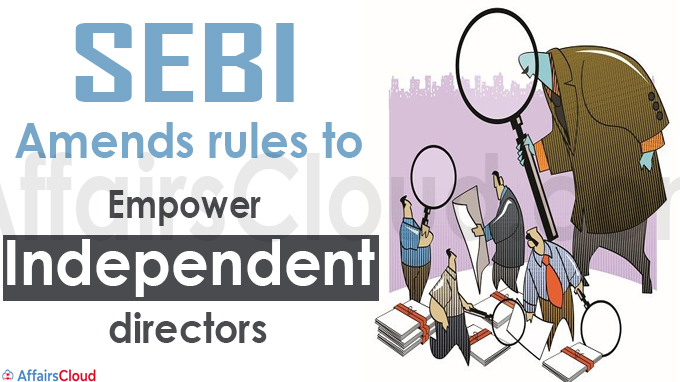 Note – The amended norms would be effective from January 1, 2022.

About Securities and Exchange Board of India (SEBI):
Establishment – On April 12, 1992, in accordance with the SEBI Act, 1992.
Headquarters – Mumbai, Maharashtra
Chairman – Ajay Tyagi
>>Read Full News 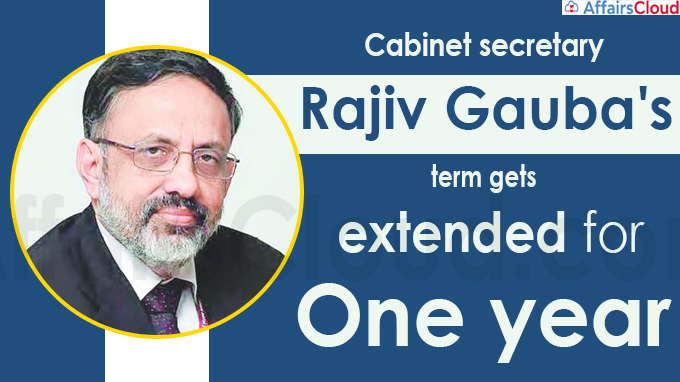 The Appointments Committee of the Cabinet (ACC) has approved the extension of Tenure of Cabinet Secretary Rajiv Guaba by 1 year. He will continue till August 30,2022.

Cabinet Secretary (CS)
Cabinet secretary is the senior most cadre of the Indian Administrative Service (IAS). It is ranked 11th in the order of precedence. A Cabinet Secretary works under direct charge of the Prime Minister.
Role

Virendra Kumar, the Union Minister for Social Justice and Empowerment has launched a ‘PM-DAKSH’ Portal and ‘PM-DAKSH’ Mobile App under the scheme PM-DAKSH (Pradhan Mantri Dakshta Aur Kushalta Sampann Hitgrahi) Yojana to ease the access of skill development schemes by the target groups.

‘PM-DAKSH’ Portal: The portal will have all information related to skill development for the target groups and provide direct access for them to register under the portal with the training institute and program of their own interest.
>>Read Full News The United States(US) men’s national team(USMNT) won the 2021 CONCACAF Gold Cup defeating Mexico 1-0 during the finals held at Allegiant Stadium, Las Vegas, Nevada, US.
The 2021 championship marks the 7th Gold Cup Title of the US. The 2021 CONCACAF Gold cup was the 16th edition of the biennial international men’s football championship of the North, Central American, and Caribbean regions organized by CONCACAF.

‘A Death in Shonagachhi: A Novel’ the Debut Book of Rijula Das A Death in Shonagachhi, the debut novel a murder mystery authored by Rijula Das features a murder of a prostitute in Shonagachhi, a red-light district in Calcutta. The book is published by Picador India, an imprint at Pan Macmillan India.
The World English rights outside India are sold to Amazon Crossing, for publication in June 2022 with the title “Small Deaths”.
About Rijula Das:
i.Rijula Das is a short story author from West Bengal based in Wellington, New Zealand.
ii.She has taught writing at Nanyang Technological University, Singapore.
iii.She has won the 2019 Michael King Writers Centre Residency in Auckland and the 2016 Dastaan Award for her short story ‘Notes From A Passing’.
iv.Her translation of Bhattacharya’s novel ‘Kangal Malshat’ is set to be published by Seagull Books in 2022.
Short Fictions: 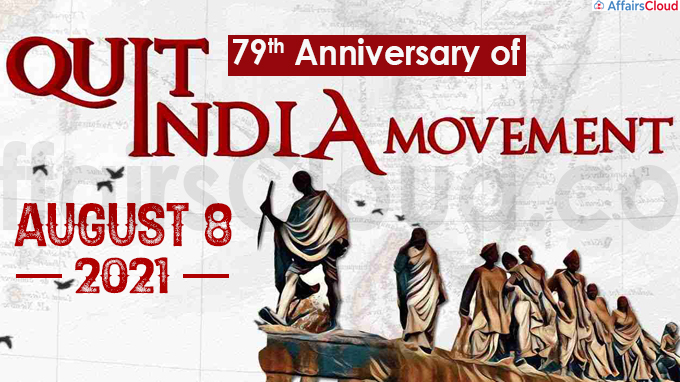 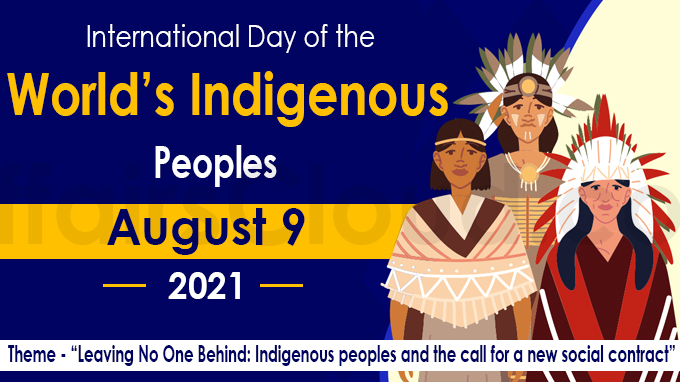 Nagasaki Day is annually observed across the globe on 9th August to create awareness about the hazards of nuclear power and to promote world peace. The day also remembers the atomic bomb victims of Nagasaki.
The 9th August 2021 marks the 76th anniversary of the atomic bombing of Nagasaki, a city on the island of Kyushu in Japan.
Background:
9th August marks the day on which the United States of America(USA) dropped the 2nd Plutonium bomb codenamed “Fat Man” on Nagasaki, on the island of Kyushu in Japan, the bomb was dropped 3 days after the first bomb “Little boy” was dropped on Hiroshima. 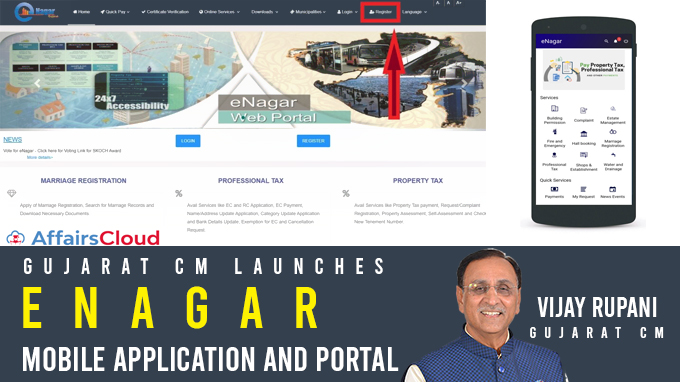 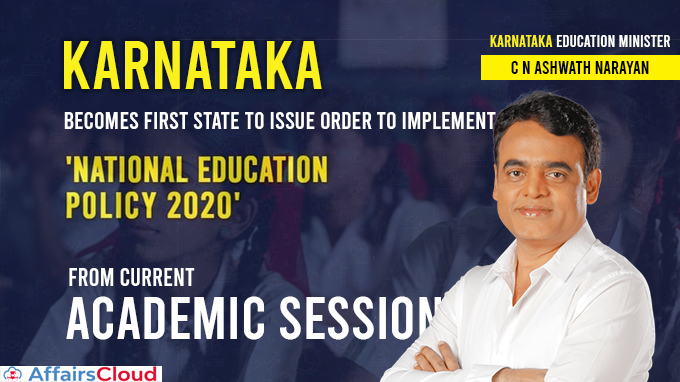 On August 8, 2021, the Karnataka government issued an order for the implementation of the National Education Policy (NEP) – 2020 from the current academic year 2021-2022.

ii.In July 2020, PM launched different initiatives such as Vidya Pravesh, SAFAL (Structured Assessment for Analysing Learning), NISHTHA 2.0 (National Initiative for School Heads’ and Teachers’ holistic Advancement) to mark the 1st Anniversary of the NEP 2020. Click here to know more
iii.NEP aims to increase the Gross Enrollment Ratio in higher education from 26.8 percent in 2018 to 50 percent by 2035 will bring in sweeping reforms in the area of education.
Benefits under NEF for Karnataka:
i.Once implemented the National Skills Qualification Framework will become part of the state’s graduation programme and they could get a maximum of 40 percent credits through official online courses and 50 percent credits from any University.
iii.They have the option to discontinue and integrate courses after a specific period. A single regulator will oversee higher education in the country.
About Karnataka:
Governor – Thawar Chand Gehlot
National Park – Kudremukh National Park, Nagarhole National Park, Anshi National Park
Wildlife Sanctuary – Arabithittu Wildlife Sanctuary, Bhimgad Wildlife Sanctuary, Brahmagiri Wildlife Sanctuary 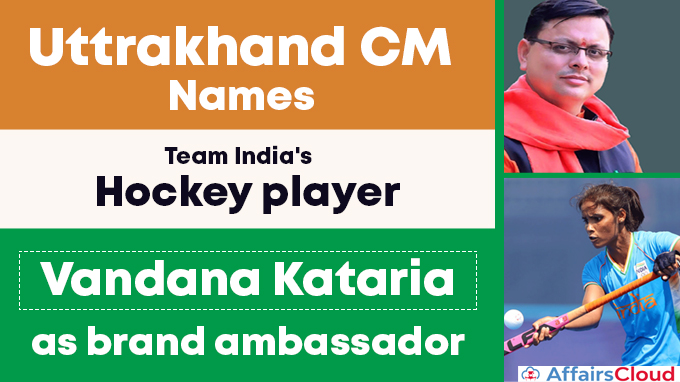 Kerala Financial Corporation(KFC), a non-banking financial company owned by the Government of Kerala has announced a comprehensive funding scheme named “KFC Startup Kerala” to support the startups in all the stages of the development.This is the first-of-its-kind scheme where all stages of startups are considered.
About KFC Startup Kerala:
i.The KFC Startup Kerala scheme will assist the startups in various stages of growth from proof of concept, prototype development, product trials, market-entry, commercialization.
ii.The assistance to set up workshops, purchase of necessary machinery, servers, software, infrastructure, purchase of raw materials, working funds and capital, market expenses, and others will be provided through the scheme.
Eligibility to get assistance:
i.Registered with Kerala Startup Mission or The Department of Industrial Policy & Promotion (DIPP) and has a registered office in Kerala.
ii.At least 51% of the shares of the startup should be held by Indian promoters.
iii.A startup should use technology in core product or service
Upper Loan Limit for Each stage:

This will be subject to 90% of the project cost in each stage.
Mode of Repayment:
The maximum repayment period will be 60 months which includes the moratorium period of maximum 12 months.
Additional funding:
i.The startups with firm purchase orders are eligible to get loans up to Rs 10 crore for executing orders.
ii.After the due diligence by venture capital fund registered with SEBI, the startups can get a venture debt of Rs 10 Crore.
Click here to know more about KFC Startup Kerala
About Kerala Financial Corporation(KFC):
KFC was established as the Travancore Cochin Financial Corporation in December 1953 and renamed as Kerala Financial Corporation in 1956.
Chairman & MD– Sanjay Kaul
Headquarters– Thiruvananthapuram, Kerala