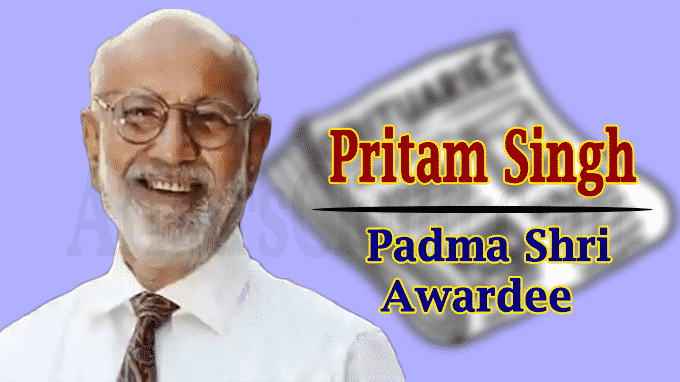 On 3rd June 2020, The Management guru, Padma Shri Pritam Singh, who contributed more than 50 research papers and 7 books on management education in India and abroad passed away at the age of 78 at a hospital in Gurugram due to cardiac arrest.

ii.He chaired the sub committee on Institutional Management and Leadership Development in Higher Education by the Planning Commission for the 12th 5 year plan(2012-2017).

iii.He was a member of the Ministry of Home Affairs Committee for capacity building of IPS officers.

iv.He was a board member of 10 private and public sector organisations supporting them in chartering a corporate strategy.

i.He received the Padma Shri in 2003 in the field of Management Education.

ii.He was the first asian to receive the “Global Thought Leader 2006-2007” from the Moscow International Business School MIRBIS.

iii.He was the recipient of Sarvapalli Radhakrishnan Memorial Award: Teacher of Teachers in 2009 and the Vivekananda Foundation honoured him with the Lifetime Achievement Award.

iv.The first Award for Academic Leadership in Management Education’ at the Inaugural session of All India Management Association’s (AIMA’s) Knowledge 2009 was conferred to him.