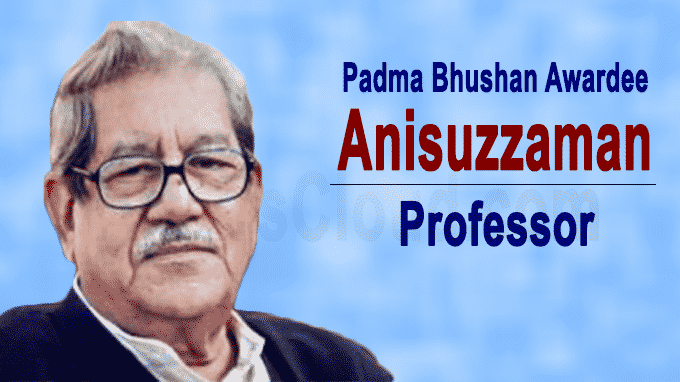 On May 14, 2020, Padma Bhushan recipient and Bangladesh’s National Professor Anisuzzaman passed away at the age of 83 in Dhaka, Bangladesh. He was born on February 18, 1937, in Calcutta, Bengal Presidency, British India and shifted to Bangladesh soon after the partition in 1947.

i.About Anisuzzaman: He made an immense contribution to Bangla language & literature through his research and writings.

ii.Fighting for Democracy: Anisuzzaman played a significant role in all democratic movements: from the Language Movement (1952), participated in Mass Uprising (1969), and took part in the War of Liberation (1971).

iii.He also fought for the restoration of democracy in Bangladesh in the 1980s, and for the trial of war criminals later. He also appeared as a witness before the International Crimes Tribunal.

v.He was inducted as a National Professor by the Government of Bangladesh in 2018.

vi.Awards & honours: India had awarded him Padma Bhushan for his distinguished service in fields of Bangla literature and education. He was also awarded Ekushey Padak and Swadhinata Padak, the highest state awards given by Bangladesh.

vii.Anisuzzaman also won many international awards for his contributions to literature.