Prime Minister Shri Narendra Modi visited Varanasi, Uttar Pradesh (UP), his Parliamentary Constituency on the 16th of February 2020. There he participated in the closing ceremony of the Centenary Celebrations of Shri Jagadguru Vishwaradhya Gurukul. He also released the the translated version of the Shri Siddhant Shikhamani Granth in 19 languages and its mobile app. 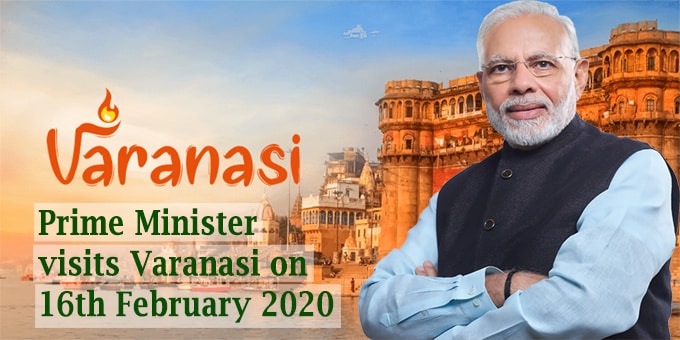 PM Modi flagged off Maha Kaal Express
He also flagged off the IRCTC’s (Indian Railway Catering and Tourism Corporation) Maha Kaal Express through video link. The train will connect 3 Jyotirling Pilgrim Centres – Varanasi, Ujjain and Omkareshwar. This would be first overnight journey private train in the country. Every passenger travelling on the train will be covered with complimentary travel insurance of Rs 10 lakh.  Facilities like security services, quality vegetarian food, bedrolls, and housekeeping services will also be available onboard. The Kashi Mahakal Express will run between Varanasi and Indore.