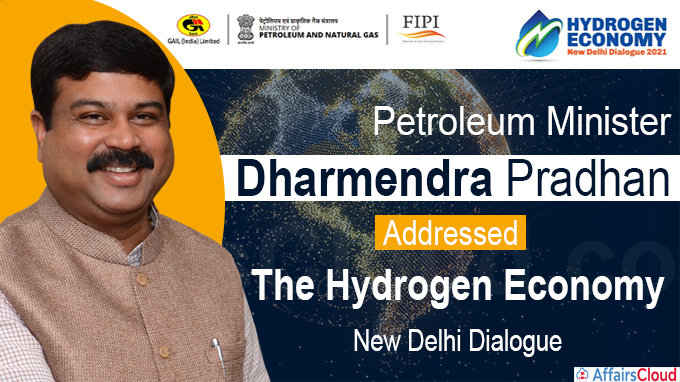 During the Roundtable, US Deputy Secretary of Energy, David M Turk announced that India and the US will launch a Hydrogen Task Force under the US-India Strategy Energy Partnership.

Note – United States is committed to achieve net-zero emissions by 2050.

Reliance Industries and many other global energy and industrial firms have come together to form a new energy transition coalition called the ‘India H2 Alliance (IH2A)’. It will work towards commercialising hydrogen technologies to build net-zero carbon energy pathways in India.

i.The alliance is set to work on 5 areas

What is Green Hydrogen?

Green hydrogen gas is produced by splitting water into hydrogen and oxygen using an electrolyzer, that may be powered by electricity generated from renewable energy sources.

In the past six years, India has increased its renewable power portfolio from 32 GW to almost 100 GW. Target -To achieve 450 GW of renewable energy generating capacity by 2030.

About The Energy Forum (TEF)