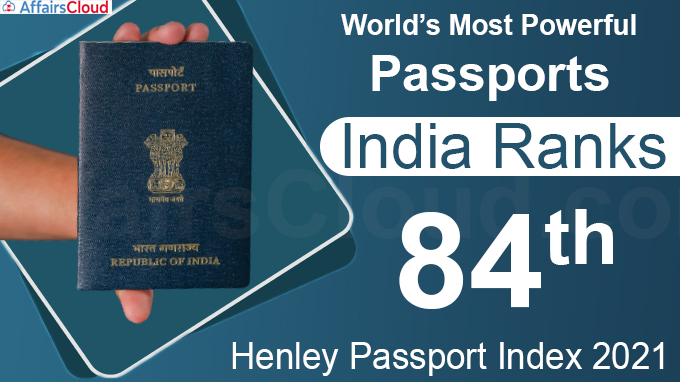 According to ‘Henley Passport Index : Q2 2021 Global Ranking’ released by Henley & Partners, India has been ranked as 84th Most Powerful Passport (visa-free score – 58). The Index has been topped by Japan, Singapore while Germany & South Korea together took the 3rd spot.