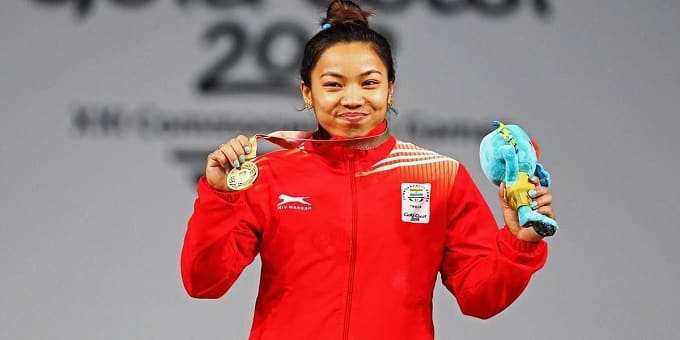 Key Points:
i.Chanu, who won gold in the 2018, secured 83 kg in snatch and 111 kg in clean and jerk event. However, her best performance is 201 kg, which she lifted during this year’s World Championships in Thailand.

Jeremy Lalrinnunga breaks 27 records
A Youth Olympics gold medalist weightlifter,Jeremy Lalrinnunga broke 27 records that were under his name, including at the international and the national level. He broke 12 international (including three Youth World, three Youth Asian, six Commonwealth records) and 5 national youth records along with 5 junior national and 5 senior national records.
He is also included in the TOPS (Target Olympic Podium) scheme of the Ministry of Sports.

About Weightlifting :
It is an athletic discipline which requires lifting of heavy weights in a progressive manner. Here, the player needs to be physically as well as mentally strong. 2- types of techniques are used in weightlifting. The first technique is snatch, which involves lifting the load above the head and the second technique is clean and jerk, which involves lifting the load in two steps.