The 5th edition of the Raisina Dialogue 2020 which is India’s annual global conference on geopolitics and geo-economice was held in New Delhi from January 14-16, 2020. The dialogue was jointly organised by the Ministry of External Affairs(MEA) and the Observer Research Foundation (ORF). Prime Minister(PM) Shri Narendra Modi and Subrahmanyam Jaishankar (MEA) attended the inaugural session of the dialogue. The highlights of the dialogue in brief are as follows: 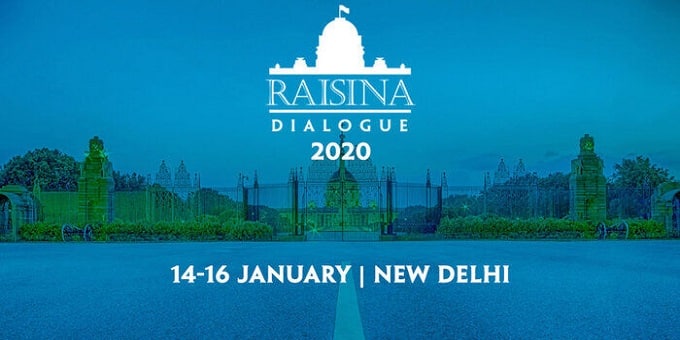 Former international heads meeting:
i.7 former heads of international govts with rich experience in governance engaged in discussion on the important challenges in the world like climate change and counter-terrorism etc.

Modi on the sidelines of Raisina Dialogue:

Sessions and themes in the dialogue:
Over 80 sessions took place with around 5 thematic pillars. They include

i.Participants: 700 international participants from over 100 countries of which 80 countries from Africa participated in the dialogue.