On January, 16 ,2020, Union Minister for Home Affairs (HM), Shri Amit Shah has presided over the signing of a quadripartite agreement between the central government and state Governments of Tripura ,Mizoram and representatives of the Bru tribe in New Delhi to end 23-year old Bru-Reang refugee crisis. 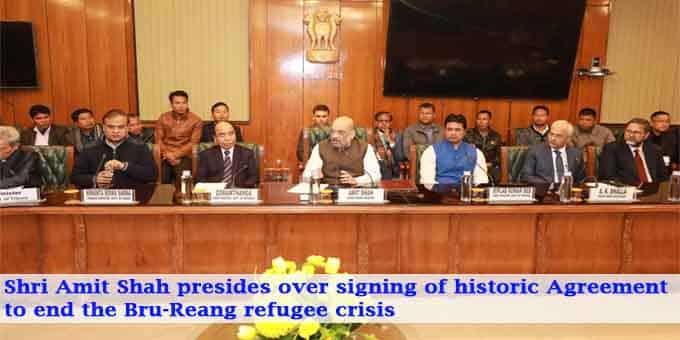 i.As per the new agreement, about 34,000 Bru refugees will be inhabited in Tripura and assisted by central government with its allocated budget of Rs 600 crores to help in their resettlement.

ii.Each family of the Bru community will be allotted individual land blocks & the individual terrain will be 2,500 sq ft. In addition, each family will be provided a one-time assistance of Rs. 4 lakh as fixed deposit (FD), Rs 1.5 lakh to build houses,financial assistance of Rs 5,000 per month for livelihood and free ration for the next 2 years.