The report ranks Indian States and Union territories (UTs) on their year-on-year incremental change in health outcomes, as well as, their overall performance with respect to each other.

In terms of overall performance, Kerala, Punjab and Tamil Nadu have emerged as best performers among larger states. 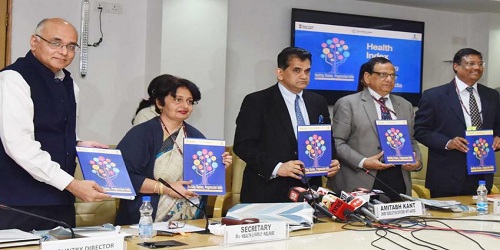