On April 24, 2020, National Board for Wild Life (NBWL),the apex body to review all wildlife-related matters, has permitted the use of 98.59 hectares of land at Saleki, a part of the Dehing Patkai Elephant Reserve in Assam for opencast coal mining project done by North-Easter Coal Field (NECF), a unit of Coal India Limited. While, the rest of the area may be used for underground coal mining. 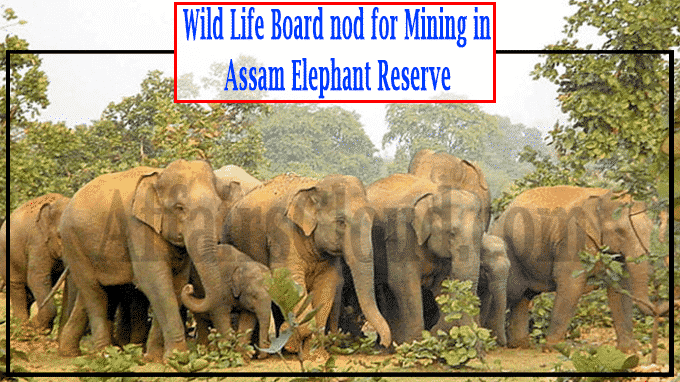 ii.The above decision was revealed by the minutes of the 57th Meeting of the Standing Committee of National Board for Wildlife (NBWL) chaired by Minister of Environment, Forest and Climate Change (MoEFCC), Prakash Javadekar on April 17, 2020 through video-conferencing.

About National Board for Wildlife (NBWL):
Formed in 2003 under the Wild Life (Protection) Act, 1972, it is under the Ministry of Environment, Forest and Climate Change (MoEFCC). It is responsible for promotion of conservation and development of wildlife and forests.