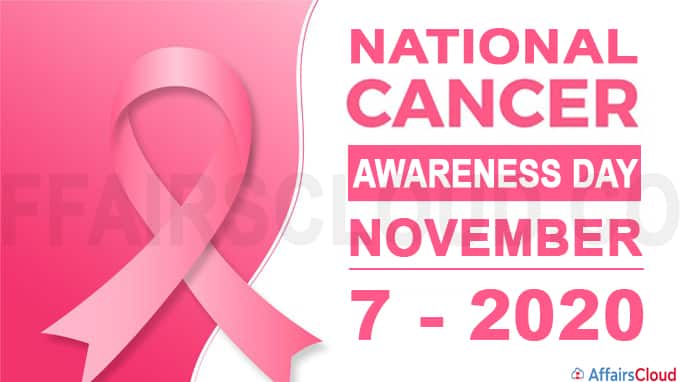 i.Dr. Harsh Vardhan, Union Minister of Health and Family Welfare in September 2014 announced that The National Cancer Awareness Day will be annually observed on 7th November.

i.According to World Health Organisation (WHO),cancer is the second leading cause of death globally and in 2018 there were approximately 18 million cases globally, of which 1.5 million were in India alone.

ii.There were around 0.8 million cancer deaths in India in 2018 against 9.5 million globally. The numbers of new cases are estimated to double in India by 2040.

Prevention and early detection of Cancer:

ii.The government circulates information booklets to create and spread awareness on the prevention and early symptoms of cancer.

According to WHO, around 30% to 50% of the deaths due to cancer can be prevented by modifying and avoiding the risk factors and implementing evidence based prevention strategies.

About Ministry of Health and Family Welfare(MoHFW):