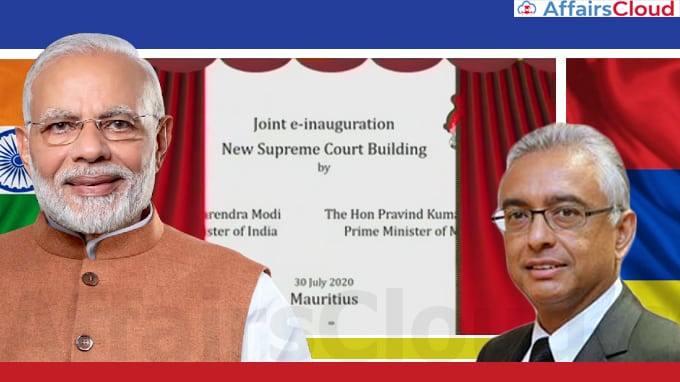 On July 30, 2020, Prime Minister Narendra Modi along with his Mauritian counterpart Pravind Jugnauth jointly inaugurated the new Supreme Court building of Mauritius in Port Louis through video conference. The Supreme Court building has been constructed with Indian grant assistance of US$ 30 million and is the first India-assisted infrastructure project within the capital city of Port Louis

-The building flaunts a modern design and green features with focus on thermal and sound insulation and high energy efficiency.

Other projects with Indian Grant:

-In October 2019, Prime Minister Modi and the PM of Mauritius had jointly inaugurated the Phase-I of the Metro Express Project and the new ENT Hospital project in Mauritius, also built under the special economic package. India assisted in construction of a 100-bed state-of-the-art ENT hospital in Mauritius.