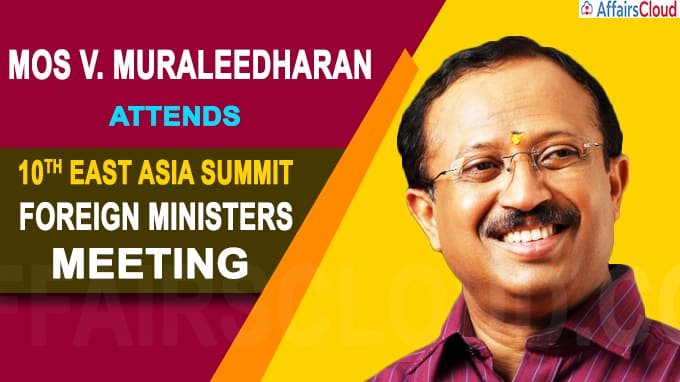 Methods to reinforce the Leaders-led EAS platform and also to make it more responsive to the emerging challenges on its 15th anniversary.

Highlights of the meeting

i.During the meeting the ministers exchanged their views on the present regional and international developments including COVID-19 pandemic and  cooperation in order to attain a speed and sustainable recovery.

About The East Asia Summit (EAS):

It is the Indo-Pacific’s premier forum for strategic dialogue by leaders of, initially, 16 countries in the East Asian, Southeast Asia and South Asian Membership expanded to 18 countries. It is to be noted that it is the only leader-led forum at which all key partners meet to discuss the full range of political, security and economic challenges faced in  the Indo-Pacific.

Members– 18(including India and 10 Association of Southeast Asian Nations-ASEAN countries).